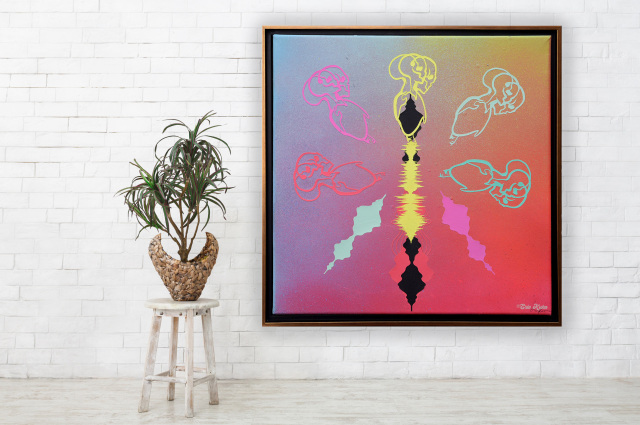 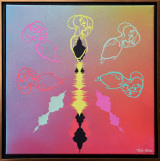 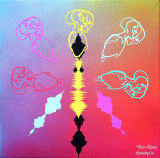 *This piece will be on display for an exhibit at the Morris Museum from April through September 2020 - It is available for purchase but will not be removed from the collection until September!

“Death Knell,” paper and paint on canvas, 20 x 20 x 1, © Erin Kuhn 2020- Buddhist monk, Thich Nhat Hanh, uses a metaphor of a wave in the ocean to describe human existence. The concept of returning to the ocean after the journey of the wave is complete struck me deeply. Sound is energy, traveling through longitudinal or transverse waves. Energy is never destroyed, but transformed and changed.

I made gestural drawings of a skeleton rocking its head, and designed the visual representation of sound waves both undulating in ripples and spiking out in discordance and cut all of them out of paper. I layered the tolling of bells to mark someone’s death in sound waves on the canvas. Expanding from the initial symbolism of the wave, I focused on visually representing energy (life and death) as a force in both form and shape and color.